THE HONOURABLE FRATERNITY OF ANTIENT MASONRY
Back to blog

Posted on 19th August 2020 at 12:32
Freemasonry for women came to this country from France in 1902 in the form of mixed Lodges (Co-Masonry). In 1908 some Co-Masons decided to break away to start a new Order called 'The Honourable Fraternity of Antient Masonry' - now known as The Order of Women Freemasons.
Women Freemasons over the years since 1693 include ..... 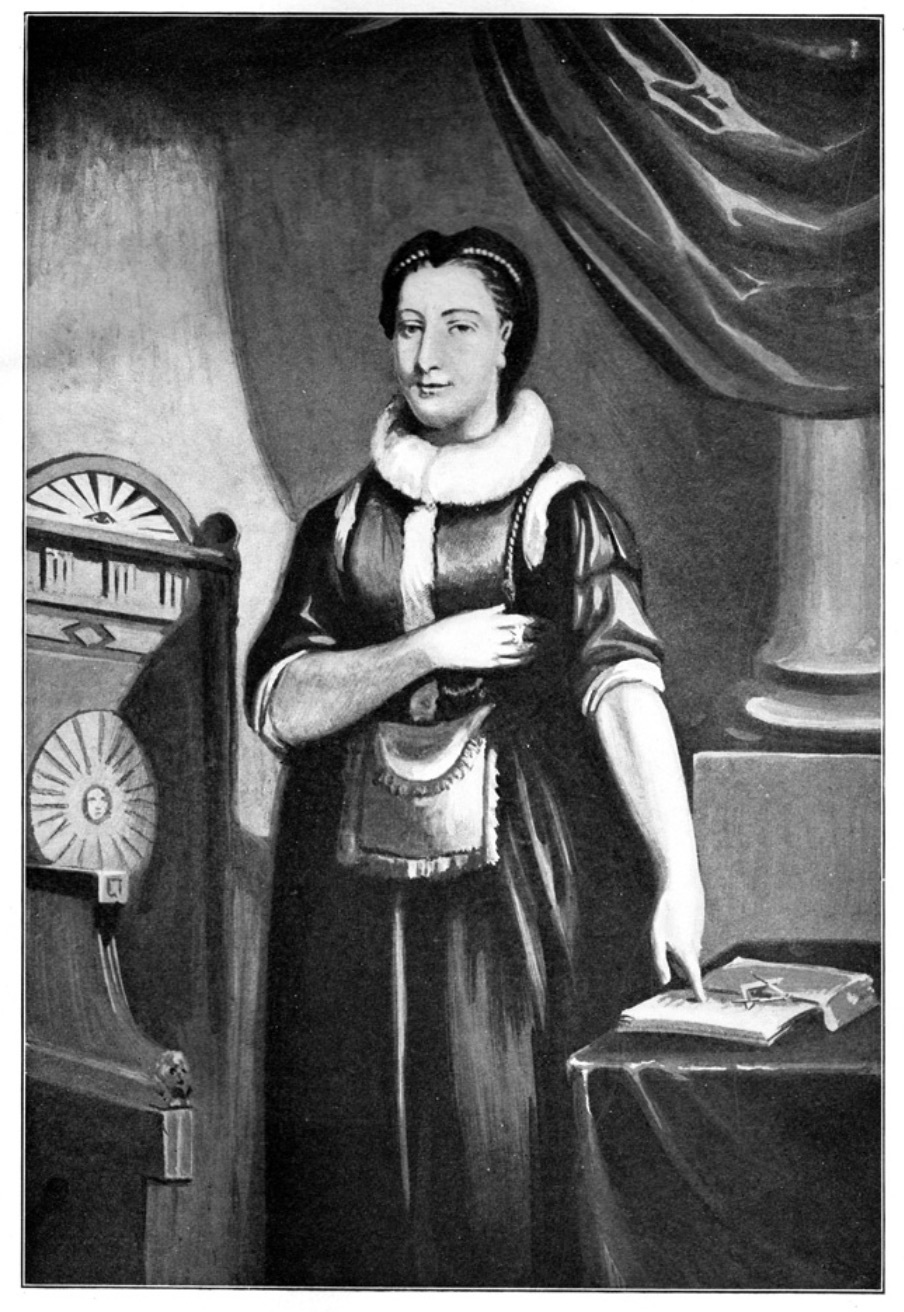 Elizabeth Aldworth (1693-1773)
• Daughter of Arthur St Leger, 1st Viscount Doneraile, in County Cork, Ireland
• The first recorded woman to be initiated into Regular Freemasonry
• Initiated after unwittingly overhearing the proceedings of a lodge meeting in her home 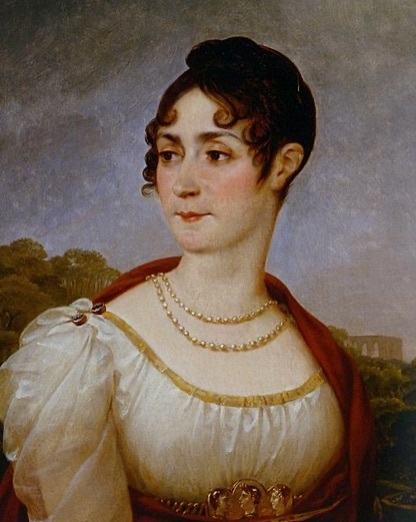 Empress Josephine (1763-1814)
• Wife of Napoleon Bonaparte
• Ancestor of many of the royal houses of Europe and Scandinavia
• At the beginning of the 19th century in France, she was prominent in the Lodges of Adoption = pseudo-Masonry, where women (and later the family) could take part
• Collected over 200 types of rose in her garden at Malmaison 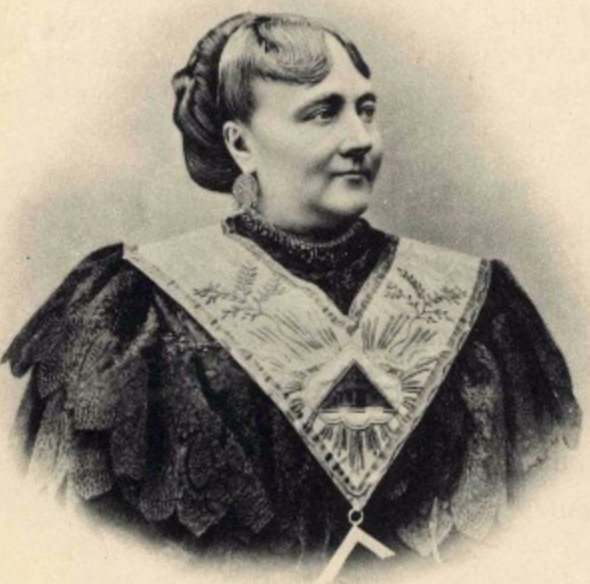 Maria Deraismes (1828-1894)
• Distinguished author and lecturer, politician and pioneering force for women’s rights
• First women to be initiated into a regular Masonic lodge in the 19th century in France
• First Master of a new, mixed Order which later became Le Droit Humain (the Co-Masons) 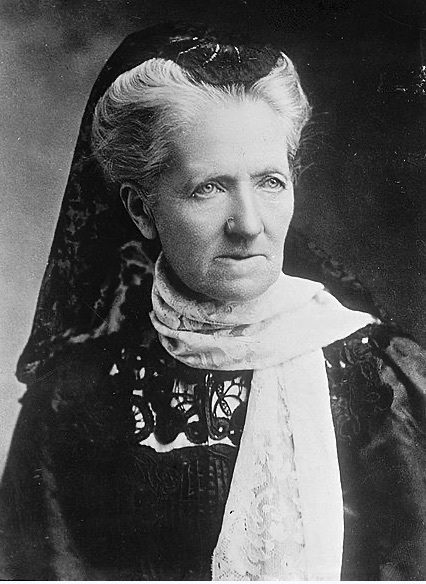 Charlotte Despard (1844-1939)
• Anglo-Irish suffragist, socialist and pacifist
• Founder of the Women’s Freedom League, one of the main suffrage organisations
• Co-Mason and Theosophist
• Poor Law Guardian and social worker amongst the poor of Battersea
• Fought two General Elections as a Labour candidate; later joined the Communist party 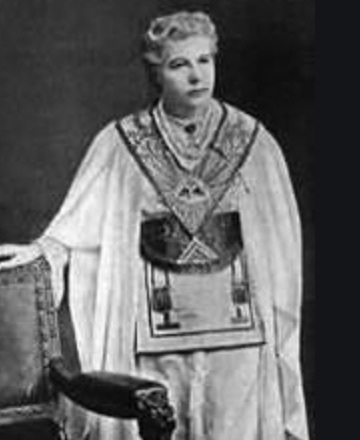 Annie Besant (1847-1933)
• Women’s rights activist and Suffrage leader
• Initiated into Freemasonry in Paris in 1902 with five other Theosophists from England
• Brought Co-Masonic movement (and therefore Freemasonry for women) to England
• Leader of Co-Masons and President, Theosophical Society
• Supporter of Irish and Indian self-rule 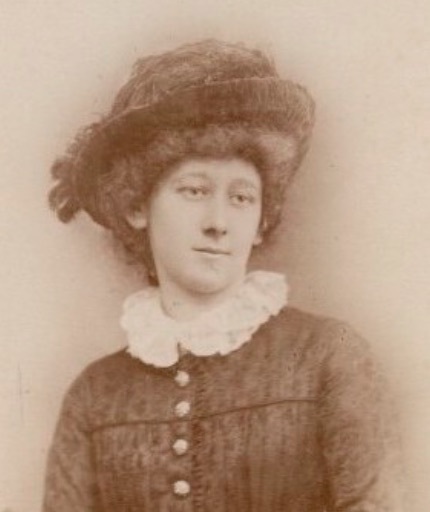 Annie Cobden-Sanderson (1853-1926)
• Militant suffragette who was sent to prison; member of Women’s Freedom League
• Member of Lodge Maria Desraimes No. 1 in Paris and Human Duty No. 6 in London of the Co-Masons, and then Lodge Golden Rule No. 1 of HFAF
• Friend, hostess and social equal of Winston Churchill, who nevertheless refused to acknowledge her at suffrage demonstration 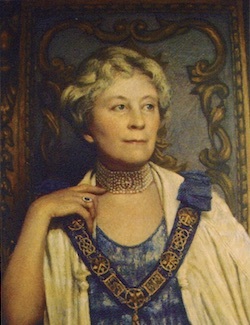 Marion Halsey (1861-1927)
• Daughter of the (later) Chairman of Coutts Bank in London, and herself very wealthy
• Her second husband was Reginald Halsey, son of Sir Thomas Halsey, DGM of UGLE
• Member of Lodge Golden Rule No. 1, into which lodge she recruited many of her aristocratic friends
• Second Grand Master of HFAM from 1912 to 1927 – her fifteen-year reign was instrumental in moulding the Order
• Financed the building of the Grand Temple at HFAM headquarters
• She was the driving force behind setting up one of the first training colleges for women teachers and social workers 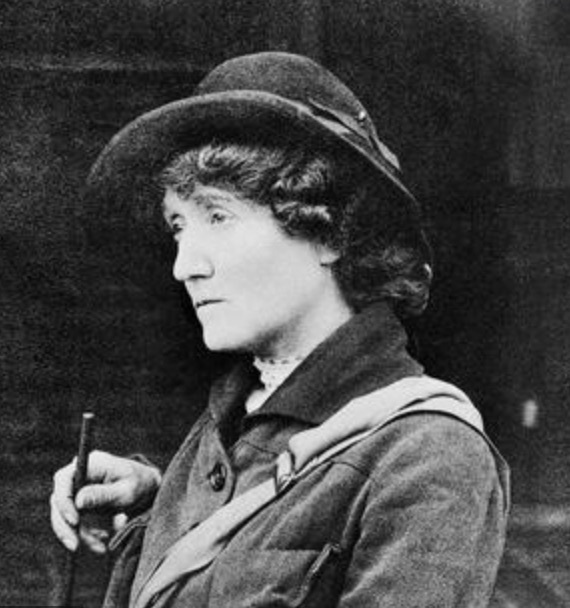 Mabel St Clair Stobart (1862-1954)
• Ardent feminist and believer in service
• Created and commanded all-women medical units to serve in France and the Balkan Wars
• Founder of the Women’s Sick and Wounded Convoy Corps to serve between field and base hospitals in the first Balkan War; and in 1914 the Women’s National Service League to provide assistance at home and abroad, including France, Belgium and Serbia
• Leading Spiritualist
• Member of Lodge Golden Rule No. 1 of HFAM 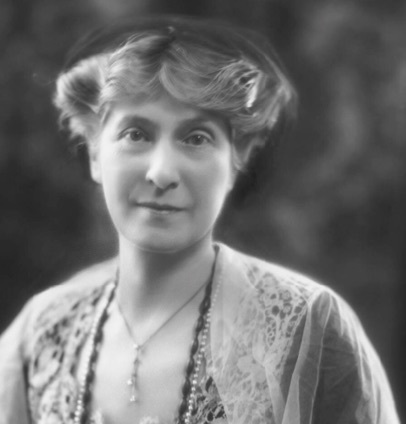 Lady Agnes Grove (1863-1926)
• Member of the great Liberal Stanley family
• Member of Lodge Golden Rule No.1 of the HFAM
• Outspoken suffrage supporter, using her skills as a writer and public speaker
• Friend of Thomas Hardy, who advised her on writing 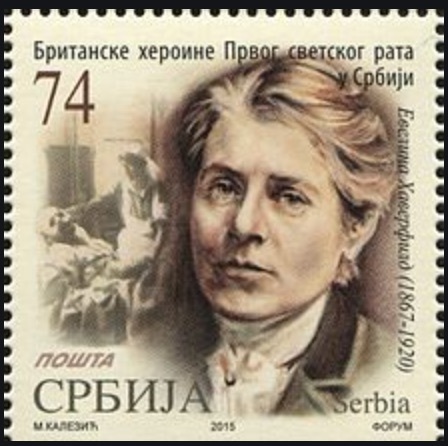 Evelina Haverfield (1867-1920)
• Prominent suffragette, having taken part in demonstrations, been arrested and imprisoned
• Member of Lodge Golden Rule No. 21 of the Co-Masons
• In WW1 she founded support units - the Woman’s Emergency Corps, the Woman’s Volunteer Reserve and the Green Cross Corps (the women’s ambulance reserve)
• Went on to work in Serbia with the Scottish Women’s Hospital; founded the Serbian Soldiers Comforts Fund, the Fund for Disabled Serbian Soldiers and set up an orphanage 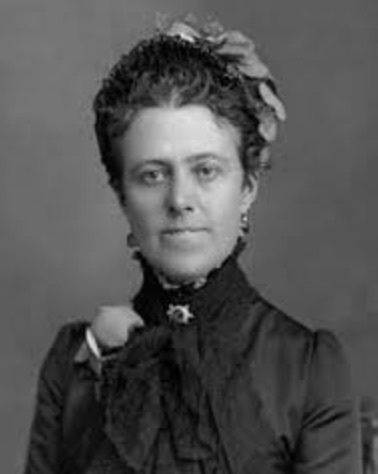 Muriel, Countess De La Warr (1872-1930)
• Granddaughter of the railway magnate Thomas Brassey
• Wealthy philanthropist, who financed the Daily Herald which was a major supporter of Suffrage
• President of the Federated Council of Suffrage Societies, which tried to unify the many disparate suffrage groups and determine a united policy
• Member of Lodge Golden Rule No. 1 of HFAM
• Her son Herbrand (9th Earl De La Warr) married Marion Halsey’s daughter Diana
• Theosophist and Director of the Theosophical school at Letchworth 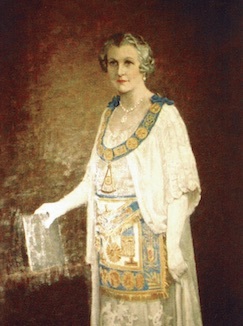 Lucy O’Hea (Lady Markham)(1873-1960)
• Her first husband was Sir Arthur Markham, a colliery owner and Liberal MP for Mansfield, Notts.
• Member of Lodge Harmony No. 4 of HFAM
• Active in looking after the interests of women in the services
• Friend of David Lloyd George and Liberal Party hostess
• Awarded CBE for work with the Government Hospitality Fund (entertaining overseas visitors) 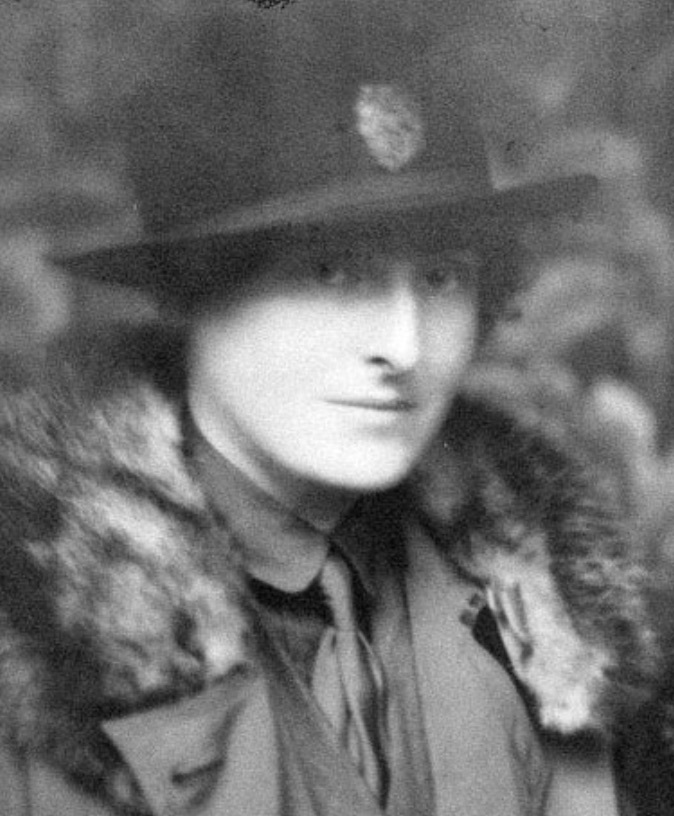 Dame Florence Leach (1874-1956)
• Senior female British army officer during World War I
• One of the founders of the Women’s Legion in WW1; Controller–in-Chief of the Women’s Army Auxiliary Corps, which put women into men’s jobs here and so freed men for active service in France
• Member of Lodge Golden Rule No. 1 of the HFAM
• She proposed six of her senior officers into the Order in an effort to provide Masonic support for servicewomen – Lodge Harmony No. 4 became their special Lodge
• Appointed a Dame in 1919 – the first one in the Military Division 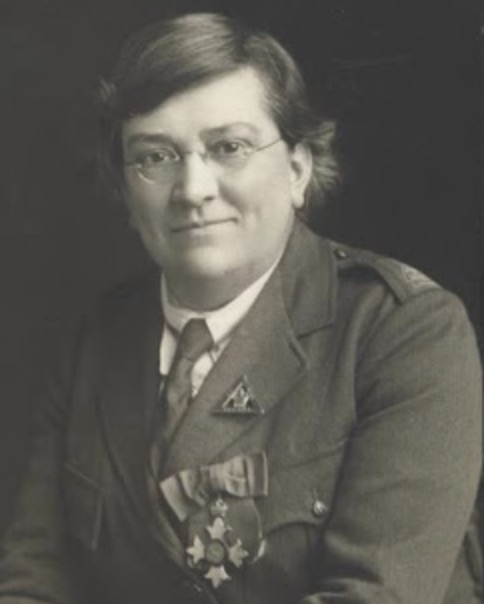 Lilian Barker (1874-1955)
• Dedicated her life to the training and rehabilitation of the underprivileged
• Lady Superintendent of Woolwich Arsenal, responsible for the recruitment and welfare of over 20,000 girls and women in Munitions
• Member of HFAM
• Governor of girls’ Borstal, where she introduced reform making its regime curative not punitive
• Lifelong friend of Queen Mary, who supported her work
• She was made a Dame of the British Empire in 1944 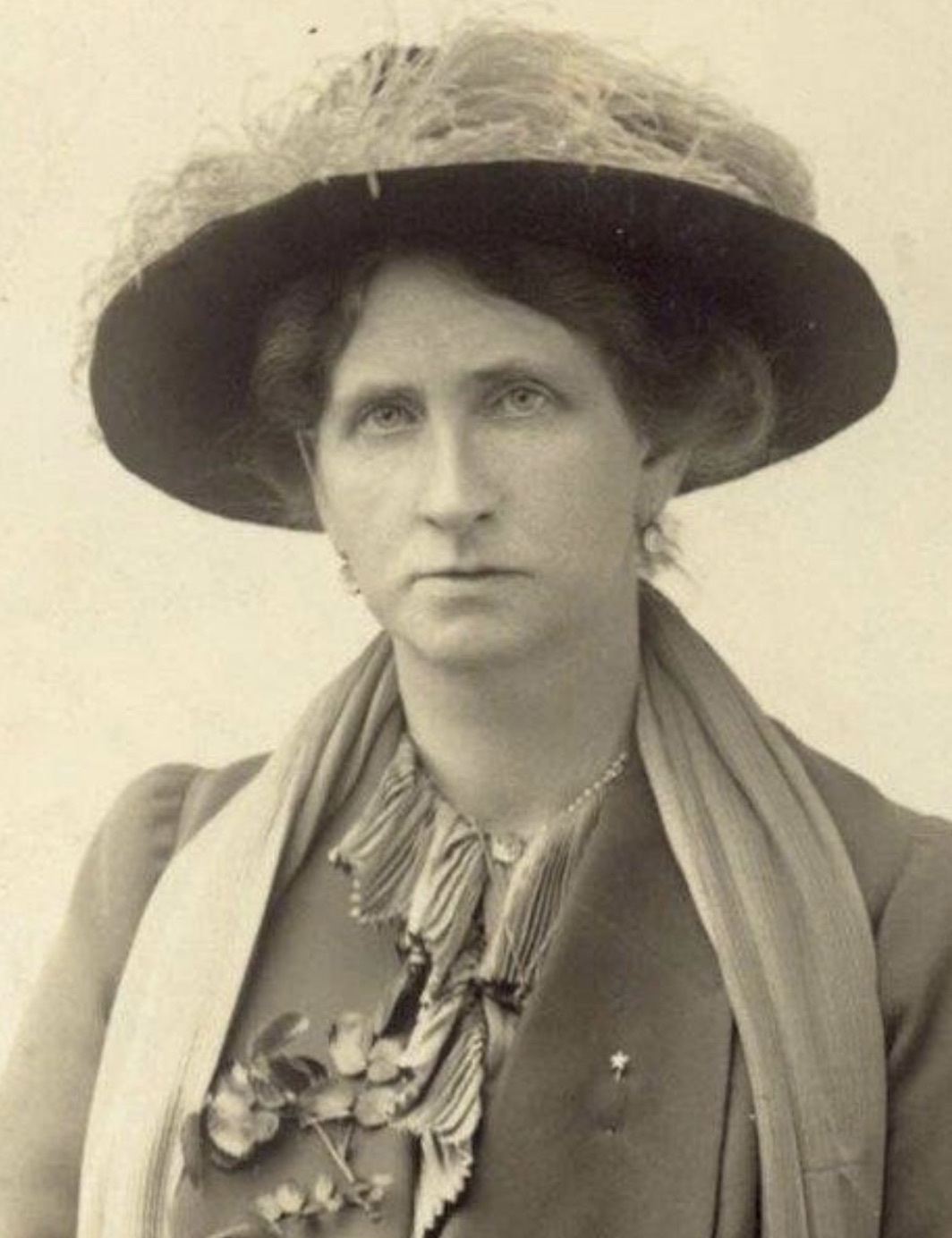 Lady Emily Lutyens (1874-1964)
• Wife of architect Sir Edwin Lutyens
• A Co-Mason – took part as an Entered Apprentice in the Coronation March of women in 1911
• Friend of Annie Besant
• Member of the Theosophical Society and follower of Krishnamurti, the ‘new Messiah’ 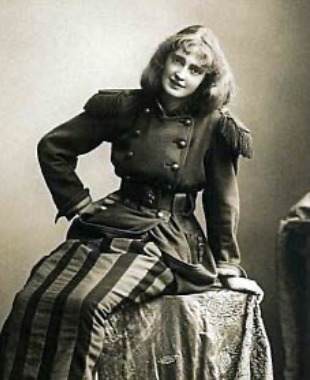 Dorothea Irving (1875-1933)
• Famous actress, best known for the role of Trilby in the play of the same name (based on a novel by George du Maurier) where she falls under the influence of the hypnotist Svengali
• Daughter-in-law of the actor-manager Sir Henry Irving
• On her retirement from the stage she devoted herself to charitable causes, especially infant welfare
• Member of Lodge Golden Rule No. 1 of HFAM; organised the Order’s contribution to Queen Mary’s Needlework Guild 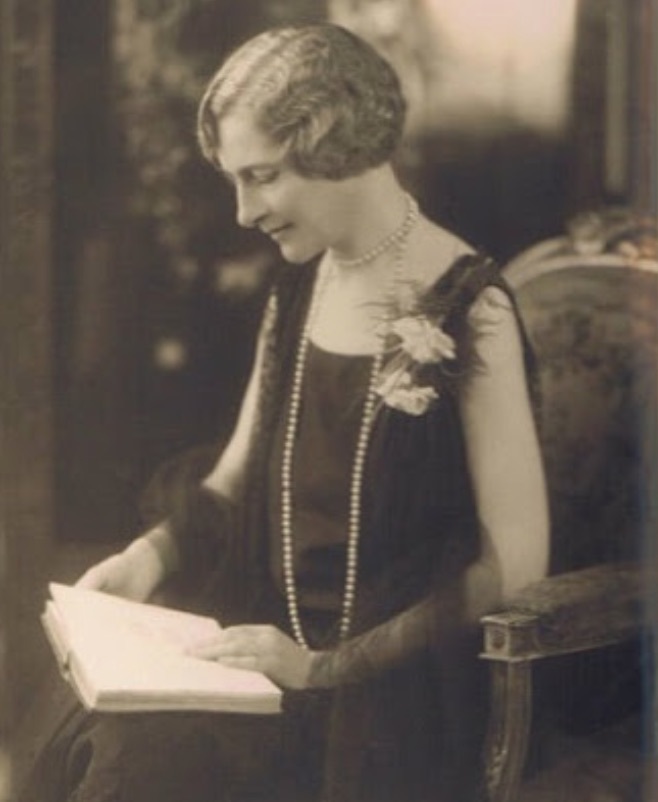 Lady Dorothy Haig (1879-1939)
• Maid of honour to Queen Alexandra
• Married Earl Haig at Buckingham Palace
• Worked with the Red Cross in WW1
• Prominent in British Legion’s Poppy Appeal campaign to remember the war dead
• Organised a ‘Poppy Factory’ to supply Scotland with poppies
• Member of Lodge Mercury No. 11 of HFAM